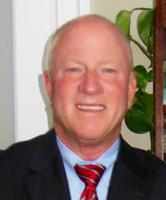 Mr. Ramsay graduated from the Lansdowne-Aldan High School in Delaware County, PA in 1970 and entered West Chester University that same year. While there, Mr. Ramsay earned academic honors, was a Dean’s list student and was awarded his Bachelor of Arts for studies in Psychology and Business Law in 1975. During his final year, Mr. Ramsay’s Advanced Economics and Business Law professor, Dr. Andrew W. Green, Esquire, recommended his admission to the Delaware Law School of Widener College. Mr. Ramsay entered Law School in 1975 and received his Juris Doctorate degree in 1979. During his first year of law school, Mr. Ramsay was elected class representative for the Delaware Law School of Widener College’s 1979 graduating class. Mr. Ramsay served as class representative for the graduating class of 1979 throughout his law school career and received a certificate of appreciation for meritorious service in that capacity on May 19, 1979.

In 1997, Mr. Ramsay enjoyed the distinct honor of being appointed as a Barrister in the Chester County Honorable John F. Stively, Jr. American Inn of Court. Membership is reserved for a select group of attorneys chosen by their colleagues for their outstanding trial and litigation skills. Mr. Ramsay is a member in good standing of the Chester County and Pennsylvania Bar Associations and has been admitted to practice before the United States District Court for the Eastern District of Pennsylvania and the United States Court of Appeals for the Third Circuit.

Messrs. Ramsay and Long practiced together at Long and Ramsay P.C. in Lionville, PA for approximately 22 years before Mr. Ramsay left that firm to form Ramsay & Ramsay P.C. with his daughter, Marissa. Marissa graduated at the top of her class at the Delaware Law School of Widener University while serving as the Law Review Business Editor during her second and third year there. Mr. Ramsay is very proud of his daughter’s stellar academic achievements in law school and enjoys practicing law with her.

Get the legal help you need